Not the real thing

So I tried Coke Zero for the first time.

According to the marketing, this magical new formula was supposed to retain the taste of Coca-Cola with none of the calories. In the U.S., they went about this by removing the high fructose corn syrup, which, in regular Coke, is the number two ingredient, after carbonated water. How fared the experiment?

When the stuff first hit my tongue, it did taste and fizz like the real thing. That lasted for but an instant. The Coke flavor evaporated immediately, and then, aside from a mild bitterness, I was left with basically tasteless carbonated water swishing around in my mouth. It was like a less intense Perrier.

I took another swig. Nothing. It turned out I needed to let my tongue recover before I could briefly fool it again with another sip. Perhaps if I had taken it systematically only in sips, it would have made for a convincing substitute.

Overall, not as far off the mark and repulsive as Diet Coke, it just feels like someone took the taste out of my Coke. I won't be trying it again. 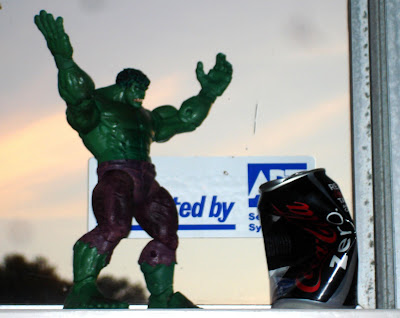