Some early impressions of what I've been watching:
Shikabane Hime: Aka 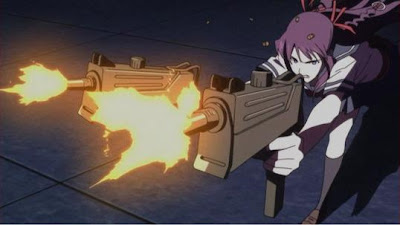 This season's big show, it's a Gainax adaptation of a manga about Makina, the submachine gun-wielding "Corpse Princess," who works in cooperation with a group of monks waging a secret war against the undead in modern Japan. The show plays out from the perspective of some ordinary dude named Ouri, who becomes involved in the fight only through several improbable run-ins with Makina.

The characters are all genre cliches, and the current monster-of-the-week format does not make for compelling action. With the amount of hype surrounding this one, whatever cards it may be holding, I'm hoping that it shows its hand soon.

FUNimation has already licensed this show and begun streaming it on Hulu and Joost. 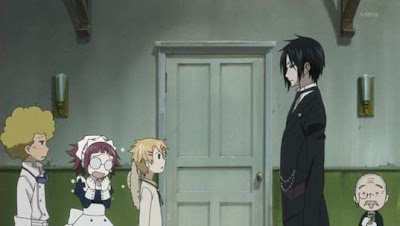 Sebastian is butler to Ciel, the twelve-year-old eyepatch-wearing head of the Phantomhive family. Ciel's youth makes him an attractive target for rivals after his power. Against such threats, Sebastian also serves as an invincible bodyguard, who dispatches his master's enemies as effortlessly as he keeps house.

I really don't know what to make of this one. It vaguely reminds me of Fullmetal Alchemist in that it is, on the surface, a shounen program, with a grave tone and badass protagonist, yet, after viewing the first few episodes, it's clearly designed with teen girls in mind, featuring little action and focusing more on the gothic appeal of the mysterious and absurdly handsome main character. Also like Fullmetal Alchemist, it continually shifts between serious, even morbid material and bizarre comic relief moments, where the three idiot members of the house staff bumble around in super deformed style. 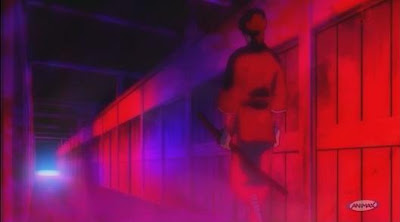 A 12th century samurai on the run meets a vampire woman and they fall in love. When his pursuers inevitably catch up to him, she is forced to turn him in order to save him.

The production values seem the highest of any show this season, with detailed character designs and plenty of smoothly-animated fight sequences. I'm not a big fan of the psychedelic colors, nor do I find the main characters very appealing, but the premise has promise, as it's supposed to move away from the samurai elements of the first two episodes, instead following the immortal protagonist as he lives through the centuries. 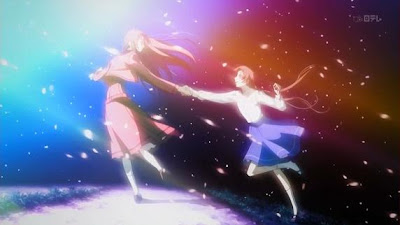 I won't bother trying to explain the plot of this one, as I can't yet make any sense of it myself. The first episode begins with a laughing severed head in a box, then moves on to focus on two schoolgirls who become more than best friends, as they believe they are reincarnations of one another.

It's an unsettling yet irresistible trip into the hidden depths of one's psyche, much in the vein of Boogiepop Phantom or Paranoia Agent. It is perhaps excessively pretty with its CLAMP character designs and rose-tinted colors, but I would say that this is the definite winner out of all the shows I've seen this season. 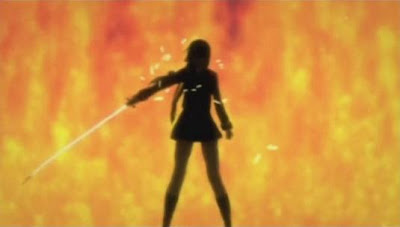 A Japanese special forces unit protects the public from attacks by phantom beasts.

For most of the first episode, it just seems like a generically grotesque supernatural action show, but then it ends with a twist of apocalyptic proportions that pretty much forces viewers to come back for the next episode. It's actually not until the third episode, however, that we get a better idea of where the story is going, as the plot rewinds to the characters' pasts a la Berserk or Gungrave. It's still not terribly original, and the reliance on cliffhangers may be a cheap stunt, but it's got me thoroughly hooked. 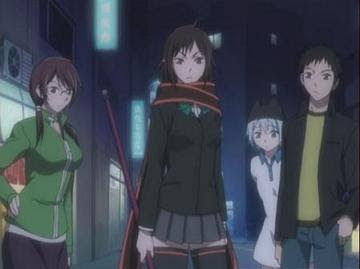 Set in a town where humans coexist with superpowered youkai, it follows a team of youkai youths who officially serve to keep the peace, alongside the one human who has the ability to banish their kind.

With its young cast of misfits, it's certainly lighter fare than Ga-Rei -Zero- or Kurozuka, or even Shikabane Hime, but, as yet, there's not a whole lot of substance or skill on display here. Really, the only notable thing about this show is the character designs, specifically how sharply-dressed the girls are.

Also, to my surprise, this show is apparently not composed in widescreen, which is quite unusual these days, though that's not in itself an inherent negative. 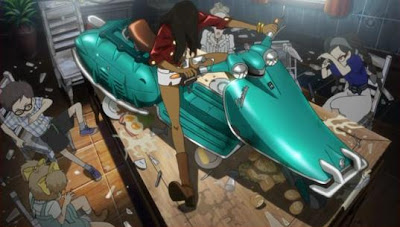 A female inmate busts out of prison, while, at the same time, a young girl dreams of her own escape from her miserable foster home.

As the would-be successor to Cowboy Bebop and Samurai Champloo, this show possesses incomparable style and an addictive soundtrack. After just one episode, it's already a no-brainer for U.S. broadcast, and, while no company has announced the license yet, it's already been pulled from AnimeSuki, meaning that someone has their eye on it. 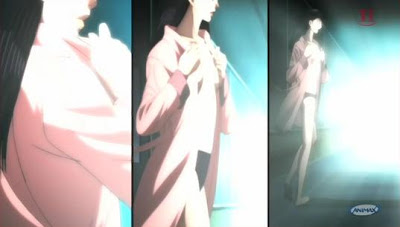 This one's not actually new, but it got somewhat lost in the shuffle during the summer season.

Based on the allegedly awful 2006 Kurt Wimmer film, it's about 044, a female agent who received superhuman abilities from a virus that also shortens her life span to only about five more years.

This wasn't at all what I expected. It actually reminded me of Astro Boy and other products of the 1960s, both in its storytelling and its visual composition. To my surprise, upon further research, I found that it was actually directed by Osamu Dezaki, who worked on the original Astro Boy anime.

It relies less on fluid animation and dynamic action and more on inventive editing. It's very ponderous overall, with plenty of dramatic monologues and a pervasive sense of spiritual desolation, since 044 is always mindful of how limited her time is.

With a plot this preposterous, I think this classic all-in approach may have been the only way to go. That said, this doesn't have quite the heart of Astro Boy, which itself was never what I was looking for.
Posted by Henry at 12:50 PM

Jeez, how many series were you watching? And Casshern Sins wasn't one of them?

I like Kuroshitsuji cause all the food looks good.