Shannon Tweed must be so disappointed

So apparently Gene Simmons's son is a dirty plagiarist who has lately been posing as a comic writer/artist. Nick Simmons, "creator" of Radical Publishing's Incarnate, thought he could get away with blatantly copying art from Tite Kubo's Bleach, one of the most popular comic titles in the world.

Bleach on the left (B+W), Simmons's Incarnate on the right (color): 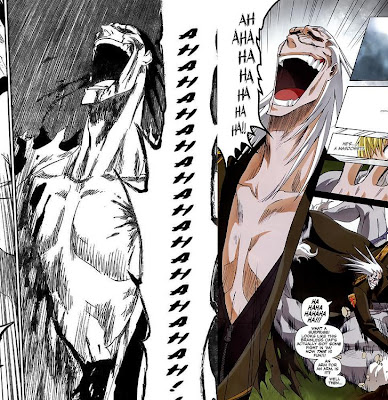 Amusingly, while there had been whispered accusations of theft dating back months to when Incarnate #1 debuted, this story did not make news until broken earlier this week on a GameFAQs forum thread. Reading that thread now, what's funny is that the topic creator, superbot400, initially seems complimentary toward Simmons and is merely intrigued at the "inspiration" taken from Bleach. As the thread goes on, even as superbot400 uncovers more and more damning comparisons, the general reaction is more curiosity than outrage. The thread quickly caught the notice of the Bleach fan community, however, and we know where things escalated from there. In no time at all, the story blew up and spread across major comics and anime/manga sites, prompting Radical to immediately suspend publishing on Incarnate.

I get that drawing is hard. In lieu of live models, it is quite common for artists to use images they've seen, perhaps in the works of others, as references for poses. Sometimes the line between harmless borrowing or homage and outright plagiarism becomes blurred.

This is not one of those difficult cases. Before anyone starts to feel sympathy for Nick Simmons, let me assure you that it's not just one or two panels that he has stolen. It's, um, more than that. If that's still not enough, let me direct you to Simmons's deviantART page, where, in his first journal entry, he warns, "If you steal my artwork, you will pay. In cash. Spank you very much and good night." SPANK ME?! I think not. What especially disgusts me about this whole thing is that Simmons, in addition to stealing from Bleach and other manga, even plagiarized amateur work from other deviantART members.

Of course, now we're all just waiting to hear how Nick, or, better yet, Gene Simmons, will respond. From my perspective, all Nick can really do is apologize, then fade away and enjoy his father's money in quiet. Or I guess he could skip the apology part altogether. Laying low may not be that easy, however, considering that the Simmons family apparently has a fairly successful reality show running on A&E (season 5 set to premiere in less than a month).

In the interest of objectivity, I should note that Simmons had previously admitted to relying heavily on a team of "assistants" provided by Studio IL. I can't find very much info at all on any of these people, but I wouldn't be surprised if Radical contracted Studio IL to make Simmons look good by basically doing all the work, while Radical just used the Gene Simmons connection to drum up interest in the book. So there is a very slim possibility that this plagiarism is Studio IL's doing, although that would not make much difference for Nick Simmons, who has, in any case, been all too happily taking credit for the work of Tite Kubo, among others. 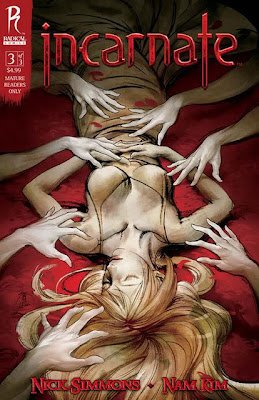