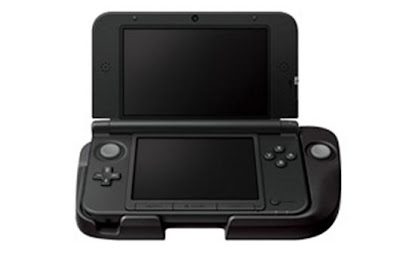 In other news, after about 6 years, my DS Lite looks to be facing the end of its life. Since yesterday, the touchscreen has taken to shaking quite violently. Sony and Microsoft get a bad rap; it's only ever the Nintendo systems that crap out on me. First it was an OG Game Boy, then a GameCube, now this.
Posted by Henry at 6:13 PM

Meanwhile, eight years into its life, the DS Phat is still going strong . . .

"it's only ever the Nintendo systems that crap out on me"

Remember how we used to blow into the NES and its cartridges to get them to work? You never saw me blowing into my Game Gear, did you?

So what will you do if, in 6 months, they release a 3DS XL Plus that has the second joystick built in?

Right now, it's their move, and, whatever move they make, I'm prepared to go ballistic. Unless, of course, the next Nintendo system is a time machine that will give me back the last twenty years of my life.

Isn't it kind of always their move? Unless by "move," you mean you will decline to buy their system. But you haven't even bought a 3DS, so you still have a chance to get the best version.

My move was to blog this post. My next move will be to go ballistic.

And, with my DS Lite done, I'll surely be checking those Black Friday deals, which probably won't feature any 3DS XL Plus.