It's Time To Avenge

Concerning the Marvel superhero team the Avengers, my sister asked me, "What are they avenging?" It's not a new question, and, frankly, there's never been a good answer. I think the name never made sense but was just supposed to sound cool. But, with the movie coming out in mere hours, I was struck with a sudden bolt of inspiration.

Now, I don't know much about marketing, but I came up with this concept for an ad image to accompany an opening day campaign in the tradition of "Mortal Monday." Not to toot my own horn, but I do believe it's quite the slam dunk. 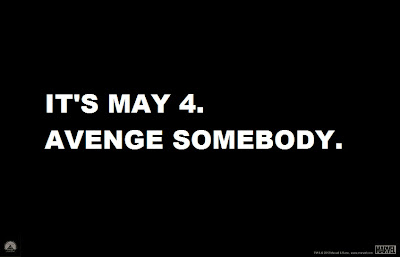 As I envision it, when the clock strikes midnight tonight, they would unfurl the wallscapes of this image in Times Square; set up billboards, signs, posters; even promote a nationwide "cover the night" campaign among fans.

Alternatively, I considered the following, but I decided that it was a little too obvious and cute, which was not really what I was going for: 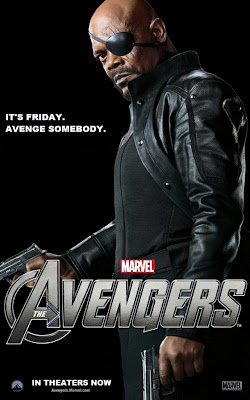 Alas, it's probably a bit late for Marvel to arrange this for the movie release. But I would even propose that Marvel should retire the "Avengers Assemble!" battle cry in the comics, instead replacing it with "Avenge somebody." Here are some mockups I put together as examples to show how well this could work: 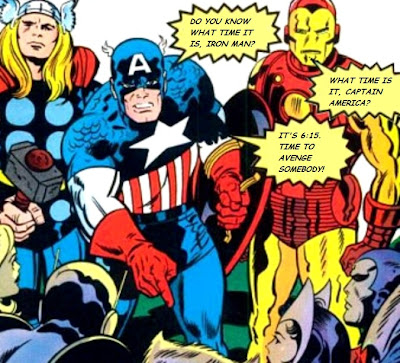 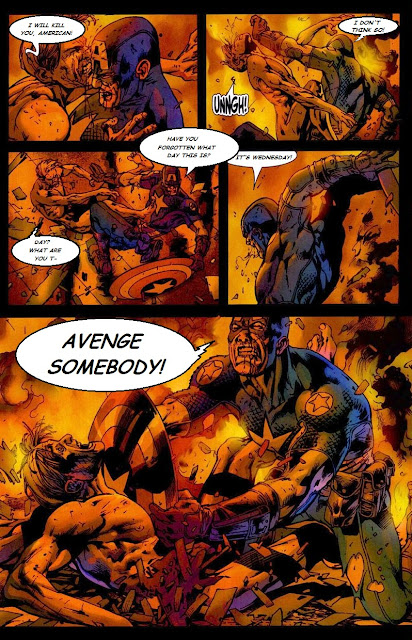 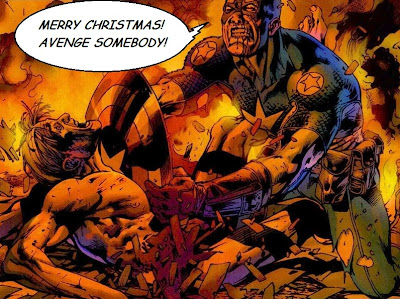 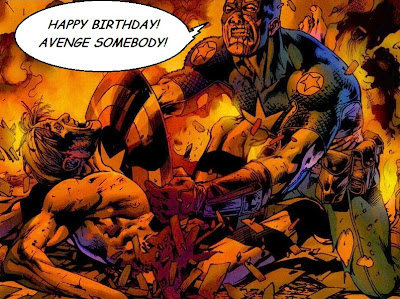 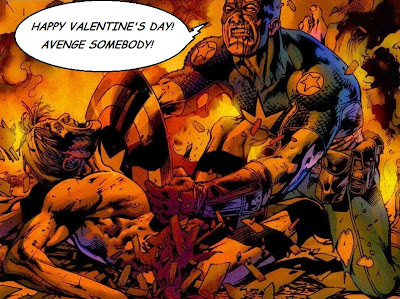 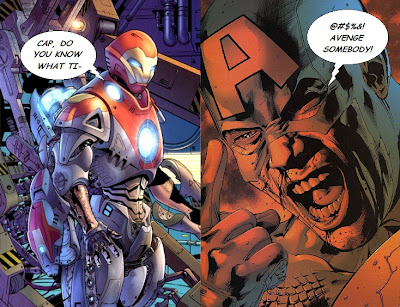 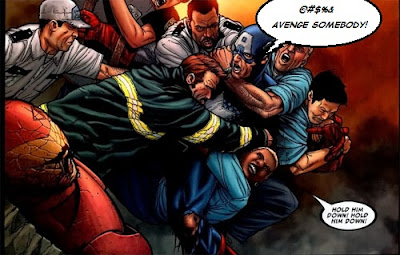 So you took the most violent, gruesome image you could find of an American hero, and made it into a Valentine's Day card. Brilliant.

And did you notice that the movie relegated the "Avengers Assemble" line to the ticker tape in one of the newscasts at the very end of the movie? "Avengers assemble to save world from worm," or some such thing. Yeah, even the filmmakers know it's too lame for anyone to say, other than ironically.