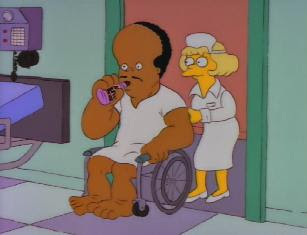 Did you hear?  Baseball is over.  Ken Griffey, Jr., maybe the last honest man in the big leagues, finally called it quits yesterday.  With Frank Thomas having retired earlier in the year, this more or less marks the end of what was once America's finest sport.  Or maybe Major League Baseball died years ago when Mark McGwire and Sammy Sosa juiced their way to shattering Roger Maris's single-season home run record, as Bud Selig cheered them on.  The uncertainty is the worst part.

A proud second-generation professional, Griffey was, once upon a time, the best player in baseball, excelling both at the plate and in the outfield.  Chronic injuries shortened his prime, but he still finished his career fifth on the all-time home run list.  Impressively, he got there as one of the only hitters of the power era never to have been linked to performance enhancers, allegations of brain tonic abuse notwithstanding.  Or maybe he just covered his tracks better.  Who knows?  As an American, I'll give him the benefit of the doubt until someone can produce evidence suggesting otherwise.

I suppose I can now officially stop caring.  No, actually, baseball has been dead to me for some time now, and I really don't see how anyone can still support this poison that is MLB.  It doesn't deserve its fans.  The human element that mattered, erased along with Maris's record, is gone for good.  As long as we remain unable to sort out what is human and what is enhanced, there will be no moving on.  At the very least, I want to see someone hang, and I'm looking for bigger fish than thugs like Bonds and Clemens.  How is it that Bud Selig is still in office, having robbed a nation of its pastime, just as surely as the worst blown call in history robbed Armando Galarraga of a perfect game?  If we cannot prove Selig corrupt, he has certainly proven himself pointlessly dilatory, as his organization grows ever more tainted under his watch.  Having entirely lost control of what sport should actually be about, he should be falling on his sword, but instead only stubbornly clings to some absurd and outdated stance to protect human error in place of compromised human skill.

I say we've seen what humans can do.  Maybe it's time to make a clean break and try something else.
Posted by Henry at 10:52 PM

Is it especially painful for you to know that Big Mac hit 61 on September 7, and 62 the following day?

When the stars align, it can be either auspicious or portentous. But it's never just Tuesday.