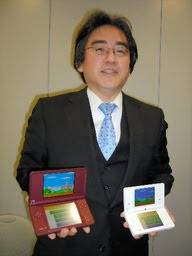 Well, it's not quite enough to get me trading up from my DS Lite just yet, but I definitely think Nintendo's announcement of the big boy DSi XL (or DSi LL) is a step in the right direction.

The pixel-stretching entailed by the new massive screens is of no great concern to me, but I have continually griped against the needlessly hand-cramping smallness of the DS Lite (and similarly sized DSi). I know that a smaller form allows for greater portability, but the truth is that I never carry my DS with me in my pocket. Merely making it smaller would not change that.

Two models later, the original DS (AKA "DS Phat") is still a vastly more comfortable play, despite its dim screens. The DSi XL looks more sharp-edged and less ergonomic--it's ostensibly just a bigger DSi, though it's not yet known if the buttons will be clicky (good) or squishy (bad)--but it actually weighs even more than the Phat.

It is perhaps surprising and a tad disingenuous to see Nintendo reverse course like this and try to sell big after the company itself convinced consumers that smaller was better with its years of aggressive campaigns for the ever-shrinking Game Boy. 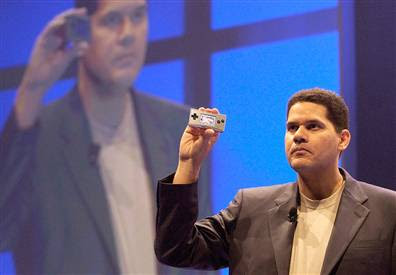 But since Nintendo got us here in the first place, I don't suppose there is anyone else more capable of shifting the tides again in the other direction. Already Satoru and friends seem to have worked out some unintuitive marketing of this as a new sort of spectator handheld. I wonder how long it will take for Sony to copy this too and release its own "PS3 Plump" or "PSP Sit-your-fat-ass-down" for those who would live extra large.
Posted by Henry at 7:55 PM