I don't generally pay much attention to casting rumors and announcements because, after all, why worry prematurely about things that are entirely out of my control? It makes more sense to wait until after having seen the finished product before criticizing the decisions that went into making it. After seeing the post-credits sequence in Iron Man, however, I could not help wondering, as soon as I got out of the theater, who could possibly fill the roles of Thor and Captain America.

The speculation was exceedingly inane, as it always is. Despite how well Robert Downey, Jr. worked as Tony Stark, I thought it would be best to cast unknowns for his fellow Avengers. In the case of Captain America, I was mostly reacting against the notion of a Brad Pitt or Leonardo DiCaprio as America's proudest son. It would be a huge role, yet I felt that having a megastar fill it would work against the iconicism of the character itself. As for Thor, I simply could not think of anyone with both the physical presence and majestic dignity of Marvel's version of the god of thunder.

Not long after seeing Iron Man, I had a dream that Sean Bean was cast as Thor. It was a dream only about the announcement of the casting, followed by my incredulity. When I woke up, I still thought it a ridiculous dream. Sean Bean was way old, not nearly buff enough, and too associated with villainous characters. But then, in the months that followed, any time somebody brought up the future Thor movie, I was reminded of my dream. Before long, I started to picture Sean Bean in the role, and I actually kind of liked it. I realized that the movie Thor did not really need a physique anywhere near as exaggerated as in the comics, as that was in fact one of the reasons I always had a hard time picturing the character in live action. What Sean Bean had was the gravity and a proven flair for delivering lofty dialogue, as well as a certain facial resemblance. As for his age, I never thought of Thor as a young man. Like the other senior Avengers, he was an adult, well past the more adolescent concerns of Spider-Man and the X-Men. So if they could have only worked through the fact that he was a mere ten years too old and maybe three inches too short, I think Sean Bean would have made for a fine Thor. 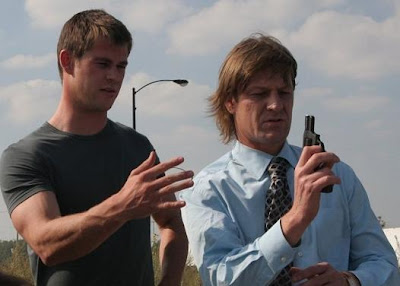 As for who should play Captain America, it dawned on me that I had neglected to consider that whoever got the part would ultimately have to hold his own while sharing the screen with Robert Downey, Jr., Samuel L. Jackson, and maybe even Edward Norton. In that case, maybe an unknown would not have been the best choice. Somewhere along the way, it was suggested that Matthew McConaughey was in consideration for the role. As an actor best known for romantic comedies and other "weepy piffle," he was maybe not the first name that came to mind. But McConaughey is kind of the quintessential American country boy, he's always in good shape, and he is handsome with honest features. As to his suitability for an action movie, his performance in Reign of Fire was not far off from the really hardcore Ultimate version of Captain America. 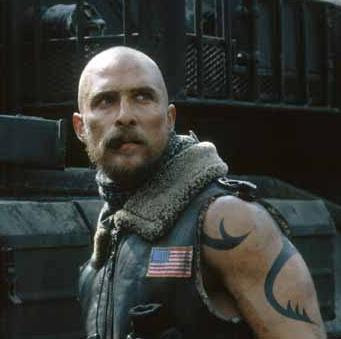 Well, now we have final word that Captain America and Thor will be played by Chris "Human Torch" Evans and Chris "Kirk's dad from 2009's Star Trek" Hemsworth, respectively. I know I should at least wait for images of them in costume before passing judgment, but I have to admit that I am somewhat disappointed.

These guys are, first of all, both very young. Even if Robert Downey, Jr., who is almost twenty years their senior, could play ten years younger than he is, I still picture Hemsworth and Evans as looking like his kid brothers, and I don't think that's the ideal image of the founding Avengers. While I'm hoping that relative newcomer Hemsworth will surprise me, I'm more concerned about Evans, especially since I expect his role will be more pivotal in the eventual team-up. He was certainly not the problem with those Fantastic Four movies, but I wouldn't say he stood out either. He showed toughness in Sunshine (yes, Danny Boyle's shameless ripoff of Paul W.S. Anderson's Event Horizon), but not so much the charisma to inspire other men. Face it, the Super Soldier Serum isn't worth a damn next to a Norse god and a genius whose Sunday best is a jet-tank hybrid. Captain America contributes to the team with his leadership and experience. If Chris Evans cannot sell those aspects of the character, he will be worth less than the James Marsden Cyclops, who at least could still fire beams from his eyes.

*sigh* Well, it's irresponsible of me to be going on like this, so I shall now return to my original position of waiting and hoping it all turns out well. I loved Iron Man and I liked The Incredible Hulk almost as much, so Kevin Feige and Marvel Studios have earned a degree of faith from me.
Posted by Henry at 12:10 PM

I got it. Ray "Beowulf" Winstone as Thor. He made that movie! Well, he and his sculpted body.

That's actually exactly how I imagined the live action Thor.