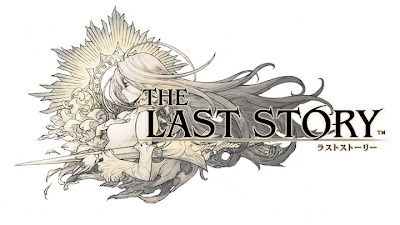 Yesterday, Nintendo revealed its upcoming "full-scaled RPG" for Wii, The Last Story. This is not to be confused with The Last Remnant, Last Rebellion, Last Ranker, The Last Guardian, or Star Ocean: The Last Hope. Yes, those are all real game titles. With the exception of The Last Guardian, they are also all Japanese RPGs, the oldest of them having come out in late 2008. Nintendo's trademark for The Last Story was first discovered last September, after which it was at times confused with Last Window, the upcoming sequel to Hotel Dusk: Room 215.

But the one title that The Last Story may be intended to evoke is Final Fantasy, for this is the next RPG from Mistwalker and Hironobu Sakaguchi, the father of Final Fantasy. The teaser site reveals almost nothing about The Last Story, but Sakaguchi himself has confirmed on his blog that this is his mysterious blockbuster project that he first mentioned over a year ago.

Mistwalker's two HD JRPGs, Blue Dragon and Lost Odyssey, met with mixed reviews, the general consensus being that, despite being clearly conceived as rivals to the post-Sakaguchi Square Enix catalog, they posed no real challenge to the supremacy of the Final Fantasy name. I wouldn't hope for too much from The Last Story either, but that is one loaded title, and I would find it hard to believe that it could have been anything other than intentional.

Equally exciting for me, Nintendo will also be publishing Monolith Soft's next RPG, which was first announced last E3 as "Monado: Beginning of the World." It has since been renamed Xenoblade, and Nintendo has revealed that Tetsuya Takahashi, creator of Xenogears and Xenosaga, is involved.

Now almost two years since the Japanese release of Takahashi and Monolith Soft's Soma Bringer for the DS, Nintendo still has yet to announce a North American release for that game, while Reggie Fils-Aime has practically ruled out a stateside release for Monolith Soft's Disaster: Day of Crisis for Wii. Hopefully Xenoblade's name will lend it a bit more juice to help the game find its way over here.

All in all, these are exciting times ahead for Wii-owning JRPG players. In addition to the aforementioned two titles, Tales of Graces, the latest "mothership" entry in Namco's Tales series, is also a Wii exclusive, and Square Enix already committed Dragon Quest X to the Wii as well. Final Fantasy XIII notwithstanding, I think it's fair to say that the genre has not thrived on the HD platforms the way it did on the PS1 and PS2, so perhaps these developers don't have much to lose by returning to weaker hardware.

I also find it quite interesting that, as market conditions threaten to stretch this console generation into another entire cycle, while Microsoft and Sony seem intent on stealing some of that casual space with their own motion-control devices, the Wii in turn seems to be lining up some pretty hardcore titles for the next year or two.
Posted by Henry at 5:22 PM