I was pretty disappointed when Capcom revealed the full roster for Marvel vs. Capcom 3. Don't get me wrong, there were a lot of laudable additions (and deletions) compared to previous games, and the Capcom side especially was much better than what we saw in Tatsunoko vs. Capcom.

The Capcom library is much more broadly represented than ever before with such welcome additions as Arthur from Ghosts 'n Goblins, Spencer from Bionic Commando (granted, it's Bionic Commando '09), Dante from Devil May Cry (granted, it's young Dante from DMC3), Amaterasu from Okami, and Mike Haggar (finally!) from Final Fight. It's also great to see Viewtiful Joe back from TvC, and especially cool to have Zero—not only the best, but the dominant character in TWO fighting games that nobody cared about—finally getting called up to the big leagues.

But where is Strider? Where is Captain Commando? They don't even have Mega Man in there!

The Marvel side is of comparable quality, although, since these are not native video game characters, I can more readily forgive Capcom for the hard decisions it had to make in choosing between recognizable names and designs that offer unique gameplay potential (or even just characters that look cool and animate well in computer-generated 3D). I'm not a fan of Deadpool, but it's nice to see heavyweights Thor and Phoenix added to the mix, while Dormammu and Taskmaster are somewhat obscure (and therefore novel) yet also completely awesome, both visually and mechanically. Among the returning characters are most of the rest of the biggest Marvel names, as well as characters such as Magneto, Storm, and Sentinel, who were ubiquitous within the Marvel vs. Capcom 2 tournament scene (and thus integral to the game's identity).

For me, the real disappointments were the inclusions of Akuma (ugh), She-Hulk (sigh), and X-23 (huh?). Superman here captures my thoughts perfectly on the matter: 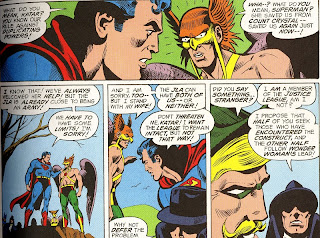 For that matter, as much as I like Resident Evil, do we really need Chris and Wesker AND (coming soon) Jill? Or do we really need a second Devil May Cry character? Or both Felicia and Hsien Ko? Or Crimson Viper?

But this is a serious fighting game first, fanservice second. Soon enough, nobody will care too much that X-23 was some bad fan fiction dream that should have been buried and forgotten somewhere. After all, even most of the characters in the game will probably not prove viable in tournament play, and those that are may not be the most recognizable in the mainstream. I mean, who was really asking to play as Cable before MvC2? What matters is that X-23 and She-Hulk, despite their comic origins, actually offer unique gameplay options that make them fun additions to the playable cast (though time will tell if they can compete).

On the other hand, it is precisely while playing the game that the lack of certain characters disappoints me personally. Before getting my hands on the game, I could only wonder where Mega Man was. After ten seconds of actually playing, I was asking, where is Cable? Where is Spiral? Where is Captain Commando?! Without those characters, I was hopeless in MvC2, and, man, I sure suck at this game now . . . .
Posted by Henry at 10:53 PM